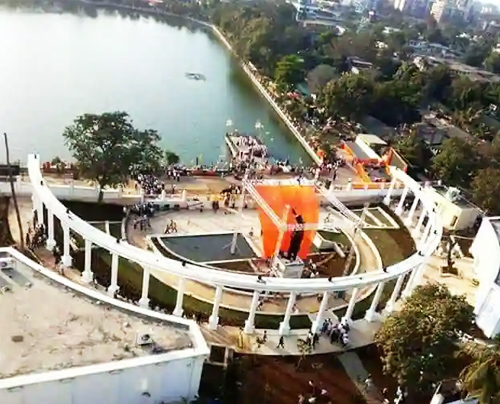 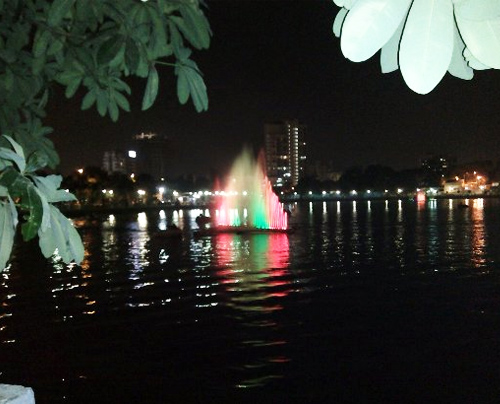 Kala Talao – Thane district known as lake district. The lakes enhance the beauty of many cities in the district. Whether it is Thane city or Kalyan-Dombivali, the lakes here are the pride of these cities. The historical black lake in Kalyan is the historical glory of this city. A tour of this beautiful, scenic area is a unique experience.

There is a black lake on one side of the road from Shivaji Chowk to Bhiwandi in Kalyan West. The importance of this city was unique in the history of Kalyan city. Kala Talao was formerly the water source of Kalyan city. In time, the lake became barren; But the municipal corporation beautified the lake five years ago and made the area beautiful with this lake.

It is unknown at this time what he will do after leaving the post. However, there is a ‘black mosque’ on one side of the lake. It is believed that the lake got its name from that. The lake was earlier known as Shenale Lake. During the reign of Chhatrapati Shivaji Maharaj and Peshwa, this lake, which made the city of Kalyan self-sufficient in terms of water, is the historical story of the city. Due to the abundance of water in this lake, it was discharged into the surrounding lakes through underground canals. At that time there were ten lakes in Kalyan city and they were supplied with water only from Kala Talao. At that time, even in summer, all the lakes in Kalyan were filled with water.

Located in the heart of the city, the lake was beautified by the Municipal Corporation as it was an attraction of the city and the lake was crowded with tourists. If you want a relaxing air throughout the unit, this area is very picturesque. The five fountains in the lake attract attention. Often the area around the lake is illuminated at night, at which time the beautiful view of the lake is illuminated and your eyes also light up. Thui Thui dancing fountains in the lake look very beautiful when illuminated. A protective wall has been built around the lake, with a jogging track on its side. An open gym has recently been set up on one side of the lake, which is crowded with youngsters and exercisers in the mornings and evenings.

There is a garden on one side of the lake, with toys for the little ones. In the evening there is a chirping of children’s company in this garden. When crocodiles, herons or other birds come to the lake, it is a great experience to observe or watch them play. The lake also has boating facilities. There is no other place like the Black Pool to get a good night’s sleep.