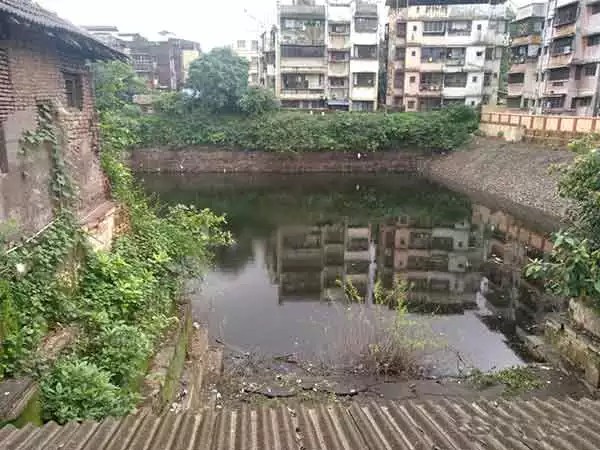 Localted at Parnaka, the temple has three deities – Lord Ganesha, Shankar and Ram in its precincts.

At times, where every individual is grappling with the hustle and bustle of city life, Pokhran Mandir in Kalyan offers the much-required solace to its residents.

Situated at Parnaka in the old sector of Kalyan, the temple has the distinction of three presiding deities Lord Ganesh, Shankar and Ram in its precincts. Built in seventeenth century, the monument is a great example of ancient civil and architecture of Maharashtra. Residents of Kalyan believe that the blessings of the temple have protected the city and prevented any major calamity from occurring.

Apart from the legend, the fact remains that people from the city, worship the deity before undertaking any important work. “Usually the first wedding invitation card invite in the family is put before the temple deity,” said Krushna Patil, a resident of Kalyan.

Another speciality of the temple is the huge pond, which was constructed by Subhedar Ranaji Bivalkar, to solve the water crisis in this area. According to Kaka Hardas, a well-known historian from Kalyan, it was built in the drought in 1765, as all the wells in this area were running dry and people were not able to get adequate potable water. “It is said that the warrior constructed the huge pond which is spread in the area of nearly four square kilometres,” Kaka Hardas said.

According to him, since there were no metal pipes, Subhedar used a technology of earthen tubes, known as ‘Khapri Nalya’ (earthen tubes) and fetched the water from Kala Talao – a lake which is a kilometre away from Pokhran temple. “Soon after the completion of the work, not only the pond but also other wells in the area could get water started percolating below,” Kaka said. He also added that the Pokhran temple pond gets water from Kala Talao till date and there is no shortage of water throughout the year.